Richard Hayward’s East Antrim Pt3: In Praise of Ulster (Back Home in Ireland) 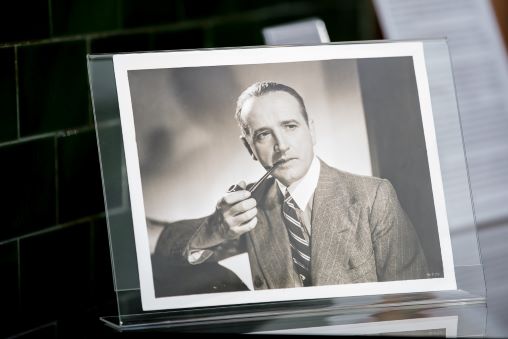 As part of Good Relations Week, we continue to explore the life and work of Richard Hayward. Hayward made a considerable number of cultural history and travel documentaries. Parts of Co Antrim, including Larne, Boneybefore near Carrickfergus and Broughshane, feature in this film made in 1946 by Richard Hayward called ‘Back Home in Ireland’. This is a travel documentary which tells the story of American troops stationed in Northern Ireland during the Second World War who were part of the build-up of soldiers prior to the invasion of Europe. Hayward narrated the film with a fictional American sergeant. The film includes some wonderful traditional music with songs and dances being performed by Ellie Mulligan and the Johnston School of Dancing, while in one sequence Hayward plays the harp.